TechWeek: In conversation with Mike Wooldridge – the future of AI

If you’ve ever wondered what the future of Artificial Intelligence looks like, breathe easy because it’ll be nothing like the Terminator movies, as Program Director for AI at the Alan Turing Institute and guest of this year’s Digital Jersey TechWeek Mike Wooldridge explains to Rosie Allsopp. 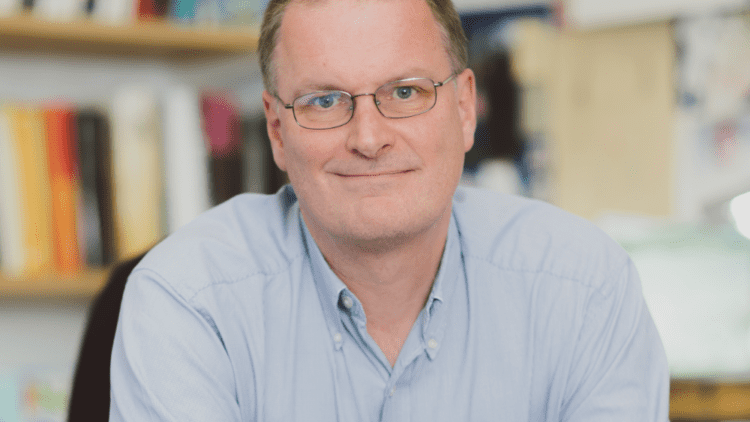 If you grew up in the 70s and 80s watching programmes like Tomorrow’s World and science fiction movies featuring talking robots, you’ll know that we all imagined our adult lives would be governed by artificial intelligence.

And so they are, just not in the way that we imagined back then. But for a realistic glimpse of where this technology is taking us, it’s a good idea to listen to AI expert Mike Wooldridge, who is a professor of computer science at the University of Oxford. If anyone knows that the future holds in the field of AI, it’s Mike.

He works in a field of AI known as multi-agent systems that aims to build computers that can work together and have qualities as co-operation, co-ordination and negotiation similar to those possessed by human beings.

“So if we do our job right then we will ultimately have AI programs that have social skills,” he tells me.

We’re some way along that path now, what with technology such as Siri and Cortana, but what Mike’s talking about is a good deal more sophisticated. How far away does he think we are from realising that ambition?

“The original dream came about in the 1980s but it’s really only the last 10 years that it’s become feasible. And the reason is that your smartphone is actually a really highly powered computer. By 1980s standards it’s a super-computer.

“But the part of the puzzle which we all thought was going to be there back in the late 80s, early 90s, which hasn’t yet been realised is the idea that Siri on your phone would talk to the Siri on my phone. And we see that beginning to happen, but that part of the puzzle is happening much more slowly than we thought it would. So we think the next 10-15 years is where we are going to see that start to take off.”

So much of the discussion surrounding AI for non-experts is a version that’s not actually rooted in fact. So much so, that Mike wrote a book addressing this. The Road to Conscious Machines was published back in March and he says it seeks to address some of the myths that come with the territory.

“There were all sorts of articles in the press that seemed to think that AI was on the edge of some kind of intelligence explosion and that robot butlers were just around the corner.

“The problem is that doesn’t really reflect the reality of where AI is or where it’s going any time soon.  I was looking around for a couple of years thinking who is going to respond to this, who is set the story straight? Nobody did, so eventually I decided that it should be me. Part of the reason that I thought this was important is that there are lots of things we should be worrying about with artificial intelligence, just not the Hollywood things.”

If you are the sort to lay in bed at night fearful that the machines will rise up and become our new overlords, Mike has some comforting news for you.

“The things that we should be worried about are not the kind of AI you see in Hollywood movies. There is a section of the book that’s called The Terminator Is BS, which is about dismissing the Terminator narrative and why it’s not very plausible at all. This idea that you suddenly have some intelligence that suddenly starts to accelerate is still a very common trope in stories about AI. So I’m not losing sleep about that.”

That’s not to say we should feel completely carefree about the progress of AI, though. I ask him what we should be losing sleep over and there’s apparently ‘quite a long list’ which mainly centre around data privacy.

“Artificial intelligence is only possible because of data. There’s a weird sort of pact that you have to make. AI offers all sorts of wonderful things if you give it your data. We haven’t quite found our way with that yet.”

There’s also the military applications of AI, where computers that control missiles which have the ability to take human life, which Mike says is something “the AI community has been warning about for some time”.

There’s also stuff like fake news, deep fake photographs, or more personal intrusion such as having a computer control your working life which Mike describes as a ‘scary bit’ of AI.

“The idea of having an AI program which is your boss, which looks over your shoulder your entire working day and counts how many key strokes you type, how many emails you respond to, how quickly you respond to your emails, looks at the tone of your emails.”

He cites real-world examples of people who work for companies like Amazon.

“The people that work in those warehouses, their entire working life is minutely scripted.

‘Take five items from this shelf and then another five’.

“So why doesn’t it just tell you to take 10? It’s because it doesn’t trust you to take up to 10. That happens, that’s the reality. The idea that AI reduces the working life of a human being to a minute script with no room to deviate, no room to think, no room to express yourself in any kind of personal way whatsoever… that’s a big thing.”

Before we all pack up to live off-grid in Wales, Mike is keen to point out the many wonderful applications of AI. And it’s what he’ll be talking about at TechWeek.

“The one that I’m most excited about is AI in healthcare. I’ve got an Apple Watch and they are getting richer and richer in terms of what they can do in terms of monitoring your physiology. The most recent one has got blood oxygen level monitors, they can monitor your heartbeat for 24 hours a day pretty much except for when they are charging up. We never had that before.

“What it’s going to allow us to do is for example is to potentially spot the onset of heart disease, spot the onset of dementia, give us really impartial guidance about how much exercise we are taking in a really kind of deep way – much more than a regular FitBit will do.

“I think that’s really, really exciting. That for me feels plausible. Over the next two decades we are going to see more and more of that. You’ve got to imagine where we are with this technology now, is where smartphones were in 2007.” How Software Development Will Change in 2023: New Year Predictions for Developers How Speech to Text Technology is Changing the Way We Communicate